By Clive Smith 4 months ago 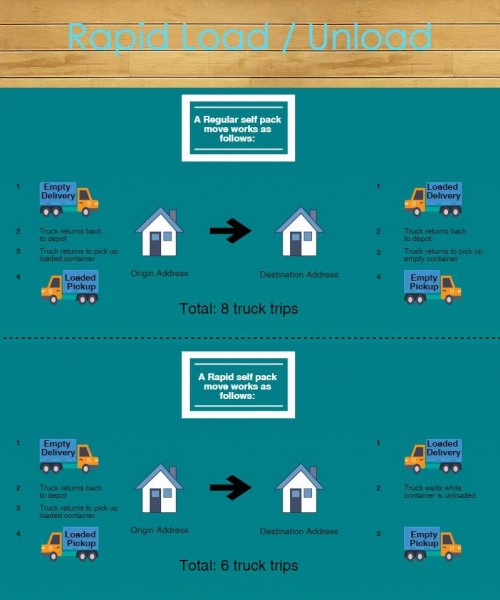 The container removals system is proven as the cheapest way to move interstate in Australia as it utilises the rail network which is a more economical method of transport than trucks.  At either end of the move though, the moving container is transported from its origin / destination location to the rail terminal by truck (usually a tilt tray). You can see how a tilt tray truck unloads a 20ft moving container here:

Costs can be increased when the location of the origin or the destination address is a long way from the rail terminal.

In move number one, the distance from the suburb to the rail terminals are 15km and 9km respectively.

In move number two, the distance from the suburb to the rail terminals are 73km and 251km respectively.

Now, compare the prices of these moves:

Clearly the price increases significantly when the delivery address is a considerable distance from the rail terminal. The reason for this is can be explained by taking a look at how the container removals system works:

For a regular self pack move (where your pickup and delivery locations are relatively close to the rail terminal in a main centre), there are a total of 8 truck movements allocated for your move.

An alternative with Move 2 is to utilise a rapid unload.  In this case the price would be reduced to $4425 and 2 hours is allocated for unloading time (additional charges will apply after 2 hours). With a rapid unload, the truck delivers the container to your door and you unload the container within 2 hours, the truck then removes the empty container and your container move is complete.

With the rapid unload option, you reduce the truck trips required to 6 (instead of 8), which is why we can offer a slightly reduced price. Rapid unloads are generally used for deliveries in excess of 200km from the nearest rail terminal.

The reason for the big hike in price between Move 1 and Move 2 is that the cost of truck transport, which is used in a much greater extent in Move 2, is expensive. Because the truck is used for a much shorter period of time in Move 1 it makes the cost a lot cheaper.

Can I do a rapid unload if I live close to the rail terminal?

Generally rapid unloads are only used when the truck is travelling a long distance out of town. Occasionally an exception is made in the instance where a customer may only be able to have a container at their address for a short time. The driver will deliver the container and wait onsite while it is loaded / unloaded.

*All prices quoted are correct as at January 2016