How to pack a motorcycle for transport in a shipping container 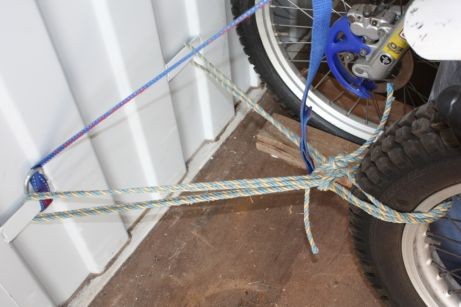 Placement in the moving container: